Atlantis Ring – The Story Behind the Myth 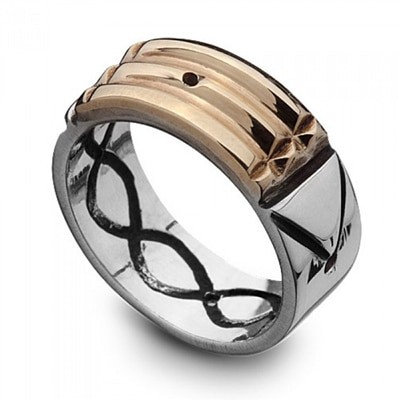 Bearing the Atlantis ring close to one’s body is believed to bring a virtue –segula in Hebrew – to the various aspects of one’s life. Many women and men wear the ring as a talisman for protection and blessing for it is believed to enhance personal growth and spirituality. But what is the secret of this mystical ring?

Let us discover the story behind the Atlantis ring by delving some of its history and mythology.

According to a famous tale from the 19th century, Marquis d’Argain, a French Egyptologist discovered an extraordinary looking ring at a place called the Valley of the Kings in Egypt. To the Egyptologist’s surprise, the ring was found with clear instructions of how it should be used.

According to D’Argain, the origins of the ring date back to 4000 years ago, to the lost city of Atlantis. According to the belief it was buried in Pharaoh’s tomb waiting to be found by the Marquis…

In the times of the lost Atlantis, the ring was decorated with engravings of geometrical shapes and ornaments placed in very particular positions.

Arnold de Belizal, who was an expert in geometric shapes and energies, inherited the ring. He investigated its special shapes and the energies emitted from their positioning. Belizal’s discovered that the Atlantis ring possesses unusual energetic properties.

The geometric shapes on the Atlantis ring consist of six pyramids, three lines, and two isosceles triangles (triangles with two sides of equal length). Also integrated into this design are four holes and a wave pattern which is engraved inside the ring.

The 18k gold pyramids receive, store and transmit magical energy through electro-magnetic vibrations. The lines and the triangles act as connectors between the pyramids, which creates a network that centralizes the energy and further distributes it towards the two silver triangles on each side .The 950 silver ring itself, with the four holes located opposite from each other, act as a medium through which the energy is transmitted. The positive energy flows inwards through the holes at the top of the triangles, while the negative energy flows out through the other remaining holes. This creates an inter-energetic route which is intensified by the wave pattern. The isosceles triangles located on each side of the pyramids cleanse the energies and transform them into positive energies that flow towards the ring’s inner center through the holes.

The wavy patterns engraved on the inner part of the ring suggest the way the energy vibrates. This particular design doubles the intensity of the positive energy while keeping the negative energy away. The waves essentially direct the energy towards the key center – the chakras.

The ring is intended for a personal use – it absorbs the energies of the wearer; therefore lending it to another would defeat its energetic purpose. It can be worn on a finger, on a chain around the neck, or even carried in a pocket – anywhere where it’s close to the person’s skin. Some people experience better results when they wear the ring on their right hand for more luck with problem-solving, and on their left hand for financial prosperity and overall strength.

If the wearer is experiencing an overload in the ring’s energy or changes in their regular sleeping pattern, they should limit the use the ring to daytime.

Instructions for Wearing the Atlantis Ring

The finger on which to wear the ring should be picked according to what you wish to focus on. Each finger is represented by a planet from our solar system and is connected to a different attribute.

You Can Find Here Our Designs of The Atlantis Ring. 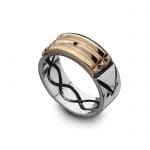