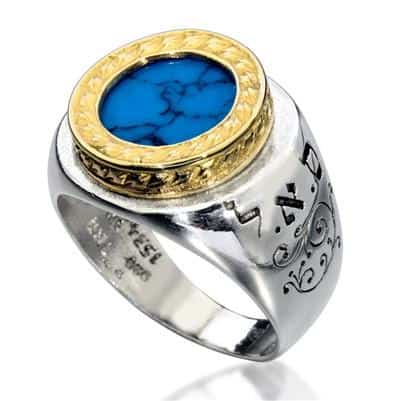 How & Why Israel,  The Start-up Nation, Chooses to Rise Up for Centuries

Long before the State of Israel was established officially in 1948, the holy land faced endless trials and tribulations – from biblical accounts of rival countries attempting to abolish temples, residential areas of Jewish communities being destroyed to shattered glass and ruins, and of course genocide like the holocaust, and Israel’s struggle today with terrorists surrounding the land. Yet despite all odds, today, the start-up nation has proven to the world that nothing gets Israel down on its luck – not even rockets flying over the country virtually around the clock. Under all circumstances, as a nation, a cultural hub, the most reputable center for technological advancements, and as an innovator in biotech and green tech, agricultural developments, medicine, science, engineering, travel and tourism, design, artisan work and almost every field from science to the arts, Israel prevails and is a world-renowned leader.

The question is why and how?

It’s no wonder that the tiny State of Israel, as a nation, community and a geographical piece of land, has risen up as a survivor and achiever of excellence in fields like technology, stunning events for family and businesses, outstanding experiences for tourists that are truly unforgettable, beautiful jewelry designs and Judaica and so much more. As far back as the age of King Solomon and his kingdom, Jews in Israel, and those far and wide around the world, have learned to cope with sadness and risen up, conquering to achieve happiness. And when happy, Jews and Israelis especially appreciate it most and know that anything can happen and sadness can hit our core at any given moment.

So where does this wisdom, strength, resilience and persistence come from? It’s deeply rooted in Jewish history. From what moral or allegorical tale you ask? Here’s the story.

A Legend Lives On: The Tale of King Solomon’s Ring – In Search of Solution for the Happy & Sad

Centuries ago, King Solomon’s kingdom was run with justice and logic, as the royal believed that a happy kingdom was one that was ruled with humility, intelligence, rationale and heart. Solomon was bestowed with brilliant wisdom by the lord, and believed that all men were meant to be judged equally in his kingdom, including his servants and workers.

One day, long ago, King Solomon summoned his trustworthy righthand man, Benaya, aware that he was to put him on a mission that could not actually be fairly fulfilled. Benaya humbly came to the king and listened to his instructions.

Solomon requested that Benaya find a ring that can transform a sad individual into a happy one, and vice versa – transforming the most gleeful person into one who’s sad; all by looking at the ring. While Solomon set a deadline for Sukkot, one of the 3 main festivals celebrated by the Jews that coincides with the fall season of the solar calendar, he was certain that no amount of time would ever suffice and that such a ring did not exist. Benaya essentially had several months to complete his mission, and traveled far and wide to acquire the ring Solomon had set him to find and bring to him.

For months on end, Benaya failed to find any sort of ring that could bring anyone to a state of happiness when sad, and the reverse. He checked goldsmiths across the land, neighboring regions, jewelers, you name it. No luck. In fact, Benaya himself had fallen into a form of depression, a victim of despair, helplessly looking for the ring Solomon had sent him out to seek and deliver. Until one day, Benaya fell upon an impoverished and small workshop in which he discovered a poor metalsmith who worked with fine jewelry. Since he had nothing to lose, and hoped to find the ring with everything to gain should he succeed, (already presenting us with a dichotomy of the negative turning positive), Benaya asked the goldsmith if he happened to have such a magical ring. He explained that he was on a mission to find a ring that would turn the saddest person into a joyful one, and the joyful individual into a sad and melancholy one. To his surprise, Benaya heard the jeweler say, “wait here, I’ll prepare it for you.” Pulling a ring made of copper out of drawer, the goldsmith engraved it with a message, and then gave Benaya the ring in exchange for Benaya’s payment – a sack of gold coins.

Thinking he had finally completed his mission to Solomon’s liking and precisely according to his instructions, Benaya eagerly came to the king with the ring and presented it to the monarch. King Solomon was delighted and optimistic that Benaya had delivered the undeliverable, amazed by his servant’s persistence and loyalty. Solomon, taken aback and in disbelief, gazed at the ring and then read the message the goldsmith had engraved on it. As the smile faded from his face with a semi-frown replacing it, yet amazed all at once, the king read the inscription:

“In spite of everything, this too shall pass.”

The Moral of the Story: King Solomon’s Ring is Deeply Embedded in Israeli & Jewish Mentality

For centuries at a time, the Jewish people and the nation of Israel has learned to rise up. When in dismay and heartbroken, or desperately coping with sadness, depression, terror, hatred and judgement, we must always seek hope and remember that every moment truly shall pass. Israelis nationwide have chosen to dedicate their lives to driving the country to success, despite all odds. Neighboring nations have attempted to annihilate Israel for decades, while biblical stories show endless attacks from enemy tribes, countries and leaders. Remember Pharaoh and Egypt? Let my people go? Israelis and Jews have been facing challenges from day one.

The key is to remember that even when times are great and life is good, and we happily rise up to prove to the world that Israel truly is a leader in so many fields, humility must always be at our core. Whatever success we achieve, Israelis and Jews remind themselves that, ironically, this moment of glory too shall pass. We keep our heads above water – treading with ambition to lead and survive, but remember the tide can always pull us under into the Mediterranean Sea. And with every moment that we may feel the waves are pulling us under, we swim smarter, harder and faster to survive and succeed. Stories like King Solomon’s ring have been passed on from one generation to the next, keeping us thriving and optimistic, yet wise, protected, and aware at all times.

To check out some of Holysands stunning replicas of the King Solomon ring, click here.

All of our jewelry is made by skilled artisans, in Israel, handcrafted and designed to captivate anyone wearing or admiring it. Created with top quality materials and the finest attention to detail and precision, our King Solomon rings are a find you’ve got to check out.