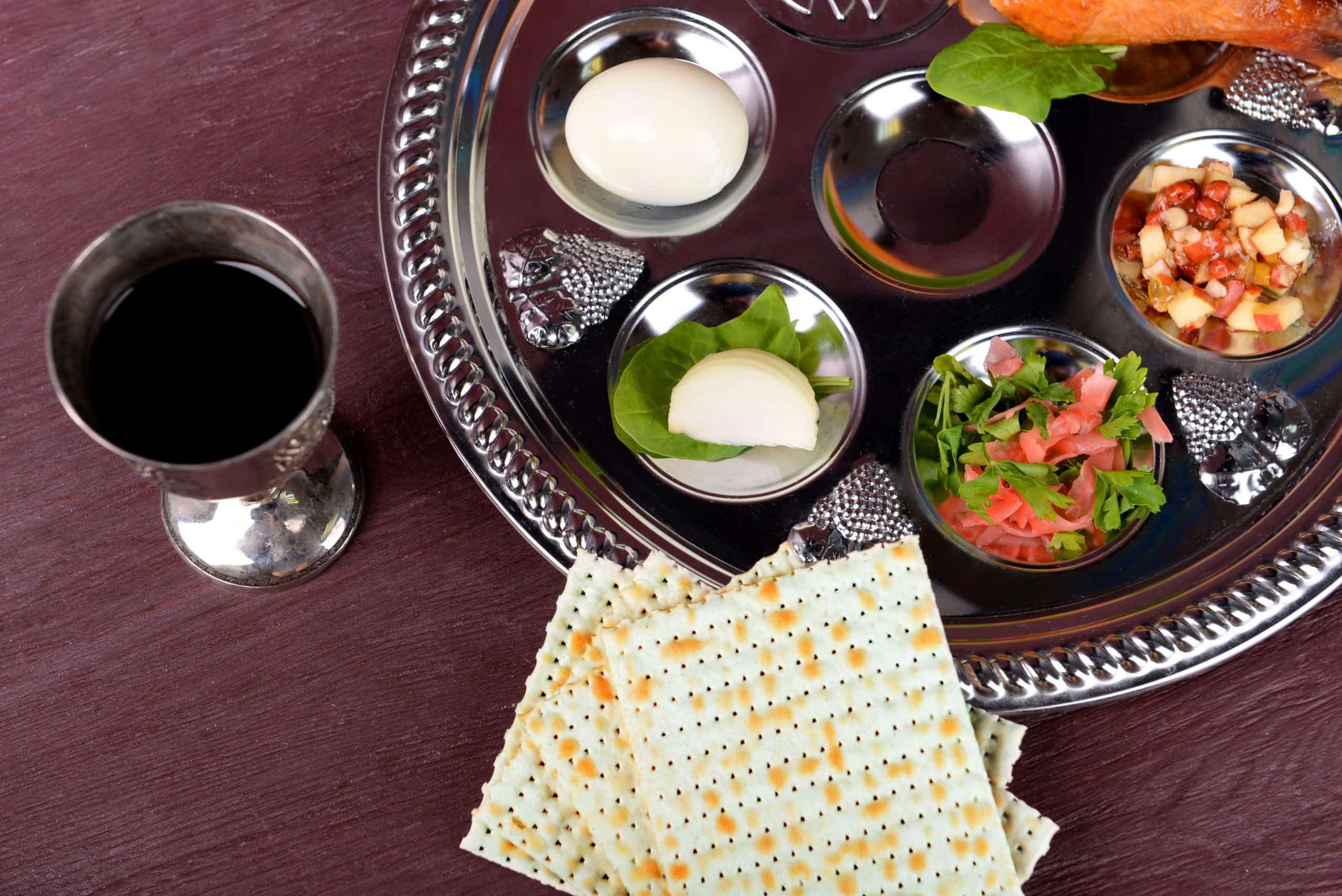 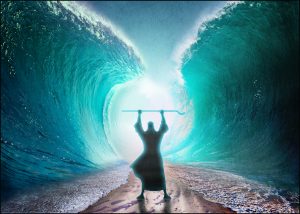 At the Seder, every person should see himself as if he were going out of Egypt. Beginning with our Patriarchs, Abraham, Isaac and Jacob, we recount the Jewish peoples descent into Egypt and recall their suffering and persecution. We are with them as G-d sends the Ten Plagues to punish Pharaoh and his nation, and follow along as they leave Egypt and cross the Sea of Reeds. We witness the miraculous hand of G-d as the waters part to allow the Israelites to pass, then return to inundate the Egyptian legions.
Seder Service in a Nutshell- Passover Meals steps
A quick overview of the special Seder steps;
Kadesh – the Benediction
The Seder service begins with the recitation of kiddush, proclaiming the holiness of the holiday. This is done over a cup of wine, the first of the four cups we will drink (while reclining) at the Seder.
The Four Cups of Wine
Why four cups? The Torah uses four expressions of freedom or deliverance in connection with our liberation from Egypt (see Exodus 6:6-7). Also, the Children of Israel had four great merits even while in exile: (1) They did not change their Hebrew names; (2) they continued to speak their own language, Hebrew; (3) they remained highly moral; (4) they remained loyal to one another.
Wine is used because it is a symbol of joy and happiness.Why We Recline?
When drinking the four cups and eating the matzah, we lean on our left side to accentuate the fact that we are free people. In ancient times only free people had the luxury of reclining while eating.

Urchatz-Purification
We wash our hands in the usual, ritually prescribed manner as is done before a meal, but without the customary blessing.
The next step in the Seder, Karpas, requires dipping food into water, which in turn mandates, according to Jewish law, that either the food be eaten with a utensil or that ones hands be purified by washing. On the Seder eve we choose the less common observance to arouse the childs curiosity.

Karpas-the “Appetizer”
A small piece of onion or boiled potato is dipped into saltwater and eaten (after reciting the blessing over vegetables).
Dipping the karpas in saltwater is an act of pleasure and freedom, which further arouses the childs curiosity.
The Hebrew word karpas, when read backwards, alludes to the backbreaking labor performed by the 600,000 Jews in Egypt. [Samech has the numerical equivalent of 60 (representing 60 times 10,000), while the last three Hebrew letters spell perech, hard work.]
The saltwater represents the tears of our ancestors in Egypt.

Yachatz-Breaking the Matzah
The middle matzah on the Seder plate is broken in two. The larger part is put aside for later use as the afikoman. This unusual action not only attracts the childs attention once again, but also recalls G-ds splitting of the Sea of Reeds to allow the Children of Israel to cross on dry land. The smaller part of the middle matzah is returned to the Seder plate. This broken middle matzah symbolizes humility, and will be eaten later as the “bread of poverty.”

Maggid-the Haggadah
At this point, the poor are invited to join the Seder. The Seder tray is moved aside, a second cup of wine is poured, and the child, who by now is bursting with curiosity, asks the time-honored question: “Mah nishtanah ha-lailah hazeh mikol ha-leilot? Why is this night different from all other nights?” Why only matzah? Why the dipping? Why the bitter herbs? Why are we relaxing and leaning on cushions as if we were kings?
The childs questioning triggers one of the most significant mitzvot of Passover, which is the highlight of the Seder ceremony: the haggadah, telling the story of the Exodus from Egypt. The answer includes a brief review of history, a description of the suffering imposed upon the Israelites, a listing of the plagues visited on the Egyptians, and an enumeration of the miracles performed by the Almighty for the redemption of His people.

Rochtzah-Washing Before the Meal
After concluding the first part of the haggadah by drinking the second cup of wine (while reclining), the hands are washed again, this time with the customary blessings, as is usually done before eating bread.

Motzi Matzah-We Eat the Matzah
Taking hold of the three matzot (with the broken one between the two whole ones), recite the customary blessing before bread. Then, letting the bottom matzah drop back onto the plate, and holding the top whole matzah with the broken middle one, recite the special blessing “al achilat matzah.” Then break at least one ounce from each matzah and eat the two pieces together, while reclining.

Maror-the Bitter Herbs
Take at least one ounce of the bitter herbs. Dip it in the charoset, then shake the latter off and make the blessing “al achilat maror.” Eat without reclining.

Korech-the Sandwich
In keeping with the custom instituted by Hillel, the great Talmudic sage, a sandwich of matzah and maror is eaten. Break off two pieces of the bottom matzah, which together should be at least one ounce. Again, take at least one ounce of bitter herbs and dip them in the charoset. Place this between the two pieces of matzah, say “kein asah Hillel . . .” and eat the sandwich while reclining.

Shulchan Orech-the Feast
The holiday meal is now served. We begin the meal with a hard-boiled egg dipped into saltwater.
A rabbi was once asked why Jews eat eggs on Passover. “Because eggs symbolize the Jew,” the rabbi answered. “The more an egg is burned or boiled, the harder it gets.”

Tzafun-Out of Hiding
After the meal, the half-matzah which had been “hidden,” set aside for the afikoman (“dessert”), is taken out and eaten. It symbolizes the Paschal lamb, which was eaten at the end of the meal.
Everyone should eat at least 1.5 ounces of matzah, reclining, before midnight. After eating the afikoman, we do not eat or drink anything except for the two remaining cups of wine.

Berach-Blessings After the Meal
A third cup of wine is filled and Grace is recited. After the Grace we recite the blessing over wine and drink the third cup while reclining.
Now we fill the cup of Elijah and our own cups with wine. We open the door and recite the passage which is an invitation to the Prophet Elijah, the harbinger of the coming of Moshiach, our righteous Messiah.

Hallel-Songs of Praise
At this point, having recognized the Almighty and His unique guidance of the Jewish people, we go still further and sing His praises as L-rd of the entire universe.
After reciting the Hallel, we again recite the blessing over wine and drink the fourth cup, reclining.

Nirtzah-Acceptance
Having carried out the Seder service properly, we are sure that it has been well received by the Almighty. We then say “Leshanah habaah bee-rushalayim-Next year in Jerusalem.”