Israel is a country located in middle east with  a unique culture, food, tradition, monuments, and memorable sightseeing places. It even provides opportunities for those who want to carry out adventure activities with a family. almost 4M  tourists visit Israel every year ans the LOVE it . Make sure you are not missing those 10 Best things to do in Israel that can provide more excitement to the visitors.

What are the things to see and do in Israel? 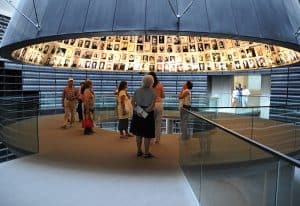 Your visit to Yad Vashem may not be the most fun couple hours of your trip in Israel, but it will most certainly be a humbling experience. It is a Holocaust Memorial Museum that safeguards the remembrance of the Holocaust for us as well as future generations. The campus includes indoor museums, outdoor monuments, exhibitions, memorial sites, gardens and sculptures- all devoted to preservation of the Holocaust and those who were part of that fatal time in history. There is no holocaust museum like it in the world, and the Museum provides professionally guided english tours and english audio guides. A piece of advice: prepare yourself for a highly emotional journey through the history of world war two, and specifically through the eyes of the Jewish people.

Bursting with smells and colors, this bustling Marketplace incorporates both the new and the old. Set in one of Jerusalem’s most beautiful old neighbourhoods- “Nachlaot”, Machane Yehuda is one of Israels most popular places to shop and eat. The Atmosphere at the market gives you a sense of the vibrant, multicultural personality of Jerusalem. Here at “Machane Yehuda” you can find a wide range of places to eat, from gourmet food, to “hole-in-the-wall” restaurants and street vendors. Allow yourself to get lost amongst the market’s many swarmed alleyways and absorb the unique “Jerusalemite” vibes. 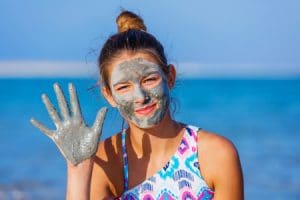 Feel on top of the world- in the lowest place on earth. The dead Sea is officially the lowest point on earth, reaching the depth of 428m below sea level, and is one of the world’s 7 natural wonders. The Dead Sea’s rich waters are known for their healing powers, creating a location of tranquility, health and inspiration for both body and soul. From floating on the healing, mineral-filled waters, to taking a natural mud bath or exploring this mysterious area, you will never want to leave. In the DeadSea Region, one can find magnificent hiking trails and oasis’s, gourmet food, some of Israel’s Highest quality spa’s and hotel’s , and many more attractions for all ages and interests. This unique area will guarantee that your’e trip is an exciting one!.

4. The Church of the Holy Sepulchre and Via Dolorosa 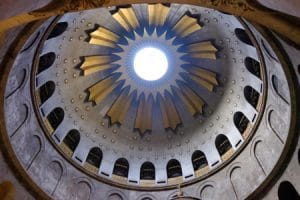 The Church of the Holy Sepulchre, known as the Church of the Resurrection (Anastasis) to Eastern Orthodox Christians, is a church in the Old City of Jerusalem that is the holiest Christian site in the world. It stands on a site that is believed to encompass both Golgotha, or Calvary, where Jesus was crucified, and the tomb (sepulchre) where he was buried. Although partialy based on tradition, there is some evidence that links the site to the historical events. For instance, the topographical elements of the church’s site are compatible with the Gospel descriptions, which say that Jesus was crucified on rock that looked like a skull outside the city (John 19:17) and there was a grave nearby (John 19:41-2). Windblown earth and seeds watered by winter rains would have created the green covering on the rock that John calls a “garden.” To avoid crowds, go visit the church as early as possible. During Easter the Church of the Holy Sepulchre is particularly crowded. 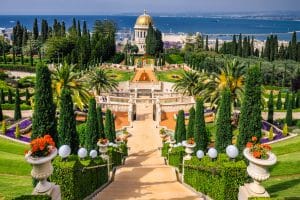 You may have never heard of the Bahai religion, so here is a chance for you to learn all about the fascinating religion. The belief of the Bahai faith is that there is one God, and the diverse messengers from all religions are here for the same sole purpose. the bahai faith preaches the oneness of God and religion. The Bahai Gardens are a shrine for the latest messenger Bahaulla. The Graceful Gardens became UNESCO world heritage site known for their outstanding beauty and serene atmosphere. there isn’t one inch of the stunning garden that wasn’t thought through- Don’t miss it! 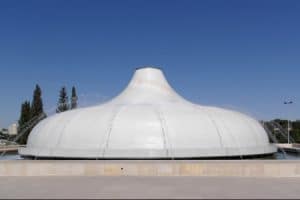 The Israel Museum is definitely one of Israels most impressive cultural assets and is steadily ranked high amongst the world’s leading art and archeology museums.The museum houses encyclopedic collections dating from prehistoric times to todays modern times, featuring archeology, fine arts and jewish art. One of the highlights of the museum is uniquevocally the exhibition of the Shrine of the Book complex featurung the Dead Sea Scrolls which were discovered in the Judean Desert in 1947. The fascinating Museum includes many options for all visitors of age and interest. Make sure to leave yourself enough time to roam freely around the Museum. 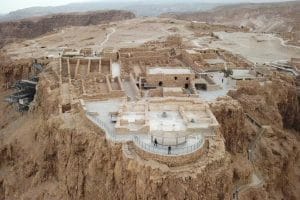 For those who appreciate History and Archelogicaly ,the Masada fortress is a UNESCO world heritage site which marks on of the most dramatic and powerful events that took place in Jewish history. Two millenia ago 1000 jewish rebels found refuge in this grand fortress during the war of the Great Revolt against the Romans. As Josephus tells us, the thrilling story took a surprising turn as the rebels chose to commit suicide rather than lose their lives to the roman Empire.The Abandoned Herodian Fortress has remained surprisngly intact despite the Roman Seige in 73 CE. Masada was first excavated in 1959 by Archeologist Shmaryahu Gutman. The breathtaking view of the dead sea and the dramatic gorges of the Judean Desert around Masada are just as exciting as it’s memorable story, creating your visit there one you will never forget. While at Masada, Don’t miss out on the experience of floating in the mineral filled water of the Dead Sea!

The Westerm Wall, in Hebrew – “Hakotel Hamaaravi” is the holiest of the Jewish sites, and is an absolute must see regardless of your religion. The Western Wall is the last remnant of the latest Jewish Temple, renovated by King Herod and dated back to 37BCE. Today the “Kotel Hamaaravi”, also famously known as “the Wailing Wall” because of its reputation for being a holy prayer site for Jews from all over Israel and the world. At any given hour you will find people praying, silent, loud, young, old, observant and not. The memorable sight of so many people praying will overcome you with emotion whether you are a believer or not. Many jewish Bar/Bat-Mitzvah ceremonies take place at this sacred site, welcoming everyone to join in on the celebration. It is customary to write notes or letters to god with prayers and requests and to cram them in between the old stones who hold stories of over 2000 years. 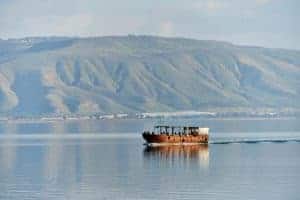 The Sea of Galilee, otherwise known as the “kinneret” is Israel’s biggest fresh water reservoir and also takes the large role of being one of Israel’s most important source of drinking water. From the lake’s fresh water to panoramic views, the sea of Galilee has something to offer for everyone. the small but beautiful lake is famous for it’s historic and Biblical importance in Judaism, Christianity and Islam, making it a unique site for all. the picturesque lake is surrounded by rolling mountains and hills, what makes it one of Israel’s most breathtaking attractions. There are many hiking and biking options in the “kinneret” area, such as Mount Arbel or “shvil sovev kinneret” . After hiking, Feel free to cool off in the refreshing water at one of the many beaches in the area. From quiet romantic getaways, to crowded and lively beaches, the kinneret has a place for everyone. if you are interested in Christian sites, don’t miss the many famous monasteries that overlook the magnificent lake. 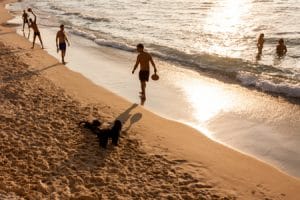 Tel Aviv-Yafo boasts a long promenade, running alongside the seashore that makes up its western edge. People walk, jog, ride bikes, or sit on benches and fill their lungs with fresh air, all while being surrounded by a glorious 8.7 mile stretch of open views, blue horizons, and white sails bobbing on the waves. Dozens of restaurants, cafes, and ice cream parlors are busy all day long, while pubs, discos and jazz clubs blossom after dark. Regardless of the hour, human attractions abound – clowns, caricaturists, tattoo artists, hair-braiders, magicians and of course, the ever- changing parade of people strolling by the nearby beaches beckon. Right off the promenade you’ll find clean sand, lounge chairs, ice-cream vendors, and die-hard beach-lovers that swim daily, winter and summer, no matter what. Each of Tel Aviv’s 13 beautiful beaches enjoys unique characteristics and offers a variety of services, including lifeguard stations, kiosks, restaurants, children’s playgrounds, outdoors gyms, and more.

Hope to see you all soon in beautiful Israel!