What Is a Merkaba? The Meaning of the Ancient Merkaba Symbol 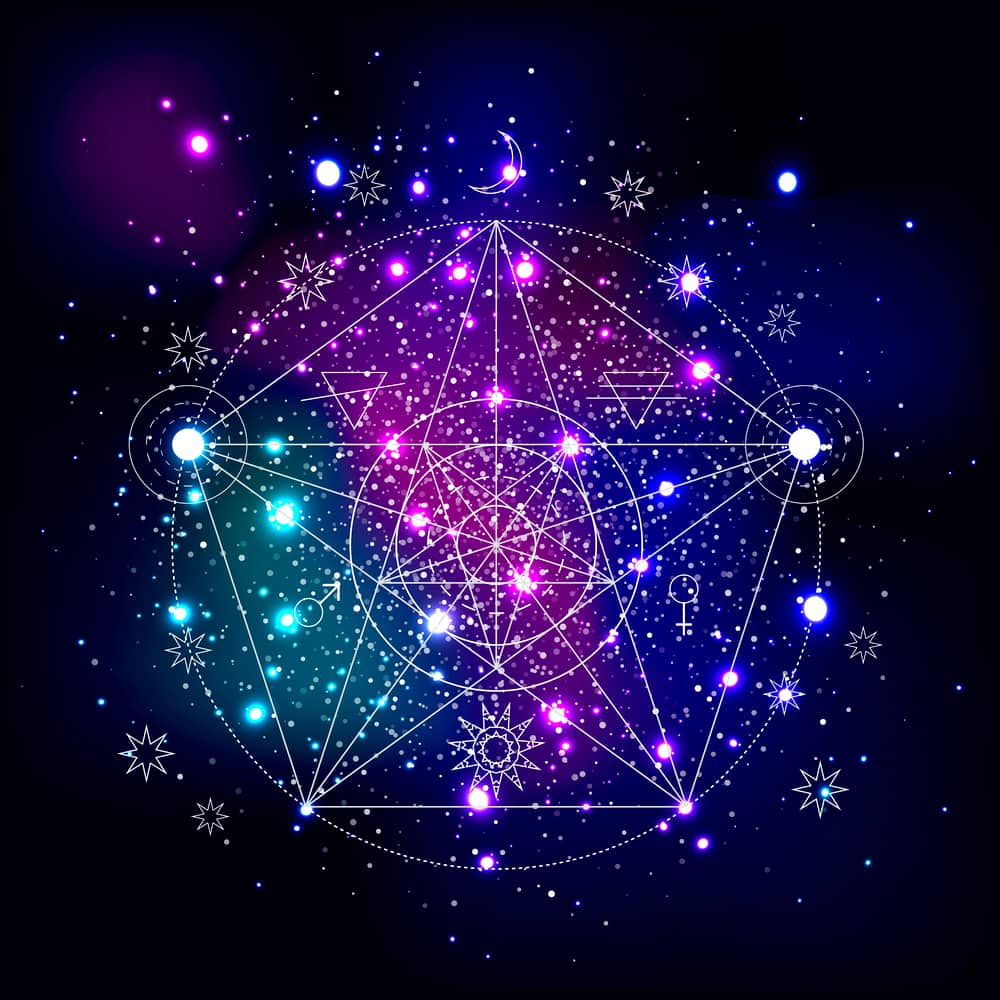 The merkaba, also known as the Star of David, is an ancient sacred geometry symbol that has seen a resurgence in popularity in recent years. What makes this symbol so special? We are going to go over what is a merkaba and also explain its profound meaning.

What Is a Merkaba?

A true merkaba is a 3D symbol that is made out of two triangles facing opposite directions while placed within one another. The triangle pointing upward is a symbol for masculine energy, while the one pointing downward represents feminine energy. The entire 3D symbol spins clockwise.

When looking at a merkaba from a 2D perspective, we can see that it looks like the Star of David. Today, there is a 2D representation of the 3D merkaba on the official national flag of Israel.

This symbol has ancient roots. Even sacred texts like the those in the Bible describe it being seen in visions, such as those seen by Ezekiel. There is a reference to him seeing four cherubim riding a chariot, but the word used is merkaba. In other places, it is referred to as the moving throne of God. Jewish mystic books include references to the merkaba (Yetzirah) and always speak of it as being a highly powerful and mystical construct.

The Chassidic Jewish take on the merkaba places a great depth to its meaning. It refers to taking a multidimensional approach to human nature, the environment, and Reality. To them, this symbol is a reminder to contemplate on becoming a better person. 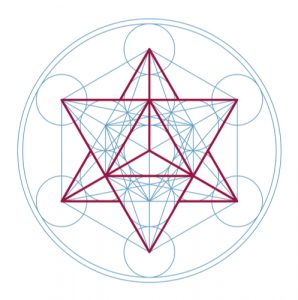 More Deep Meanings of the Merkaba

The sacred geometry symbol of the merkaba also can be used within meditation to access higher states of consciousness and expand awareness. It can be used as a focal point that helps you create a protective ‘chariot’ about you while meditating. Energetically speaking, when you visualize yourself meditating within a merkaba, you can elevate your frequency and vibration.

The merkaba of balanced and spinning triangles can help in connecting with the Divine, especially when combined with meditation and breathing techniques. You can more readily tap into your inner power and carry it with you in everything you do in daily life.

This is a powerful symbol that can also act as a reminder that you are protected and able to access higher consciousness. Wearing a Star of David merkaba as jewelry can provide you the benefits of this powerful symbol whenever you wear it.

Sacred geometry merkaba star jewelry has become popular in recent years. That’s because it not only looks great, but it also has a deeper meaning that indicates it provides energetic help to all who wear it. It is said that the two triangles within one another, and going in opposite directions, are both pulling up energy and drawing it down. The upside-down pyramid is the feminine one, pulling power upward from within the Earth. The pyramid pointing upward is the masculine one and is drawing energy down from the heavens.

The combination of these two energies is supposed to provide greater balance. This is due to the energy field it creates. Whether you wear a silver or gold merkaba necklace, you stand to benefit from this. 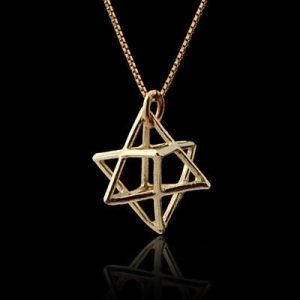 There has been greater study and research into, the sacred merkaba symbol. It has long been either suppressed or forgotten. However, that is all changing now. From its ancient origins in the Old Testament, the Kabbalah, Tarot cards, and ancient Egypt, it is clear that the merkaba has been very meaningful for a long time. When you wear clothing or jewelry with the merkaba, aka Star of David, you are strengthening the connection with light, body, and spirit. That is why merkaba jewelry has become so popular today.

Browse our Merkaba collection at Holysands of merkaba jewelry today and begin to enjoy this ancient symbol. All of our jewelry is handmade in Israel by leading Israeli brands and designers, ensuring each piece is of the highest quality. We ship worldwide, so you can receive a beautiful piece of merkaba jewelry no matter where you are. 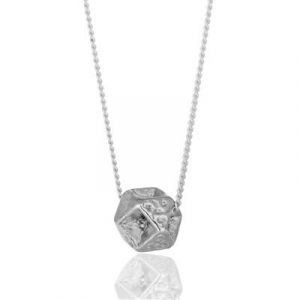 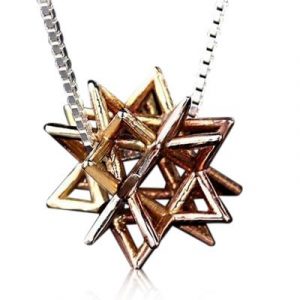