Home » What is Kabbalah?

Life is a beautiful, complex layering of laws and interdependent movements of matter and energy. Kabbalah is a systematic overview of how existence functions, on every level, from the microcosmic to the macrocosmic. Kabbalah is the basis of all religions, sciences, philosophies, and arts.

Most of us, at some point in our life, have been overcome with the feeling that we are not as fulfilled as we could be. Paradoxically, often the harder we strive to achieve that fulfillment, the more it eludes us.Kabbalah is an ancient wisdom that reveals how the universe and life work. The literal translation of the word Kabbalah is ‘that which is received.’ To receive we must be receptive. We must open ourselves, creating a vessel in which to absorb that which we wish to understand or grasp, and in turn become part of Kabbalah.

Generally speaking, Kabbalah is divided into three categories: the theoretical, which concerns itself primarily with the inner dimensions of reality; the spiritual worlds, souls, angels, and the like, and the meditative, where the goal is to train the person who is studying to reach higher elevated meditative states of consciousness and, perhaps, even a state of prophecy through employing the Divine names, letter permutations, and so forth. The third type of Kabbalah is the magical, which concerns itself with altering and influencing the course of nature. It also uses the Divine names, incantations, amulets, magical seals and various other mystical exercises.

The Kabbalah is the foundation of every form of spiritual wisdom, although it is known by many other names. Every religion has a Kabbalistic basis, even though they may not use that word. Even science studies Kabbalah, yet without realizing it.

In the West, the Kabbalah utilizes a primary symbol called the Tree of Life, which illustrates the organizing principle found in every mystical tradition. 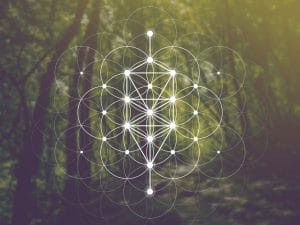 From the Renaissance onwards Jewish Kabbalah texts entered non-Jewish culture, where they were studied and translated by Christian

Hebraists and Hermetic occultists. Syncretic traditions of Christian Cabala and Hermetic Qabalah developed independently of Jewish Kabbalah, reading the Jewish texts as universal ancient wisdom. Both adapted the Jewish concepts freely from their Judaic understanding, to merge with other theologies, religious traditions and magical associations.

For thousands of years this sacred wisdom was protected and accessible to only a few.

The teachings upon which Kabbalah is based have existed since the beginning of time, but the first written record of it is called The Book of Formation. This ancient document, written 5,000 years ago, attempts to help us understand the secrets of our universe.

However, two thousand years ago, the main body of the teachings of Kabbalah, called The Zohar, or the “Book of Splendor,” was revealed in Israel by Rabbi Shimon Bar Yochai. While the knowledge of how the universe functions is contained in The Torah (also known as The Five Books

of Moses or The Old Testament), The Zohar actually deciphers the ancient scripture, explaining that all of those stories are not just meant to be understood on a literal level. Rather, they are analogies or codes for how the universe functions in a spiritual way. In fact, The Zohar deciphers the

We’d like to introduce you to our line of jewelry that is not only beautiful but also contains a hidden message. Each jewelry in our gallery reveals the letters of a different power of God.