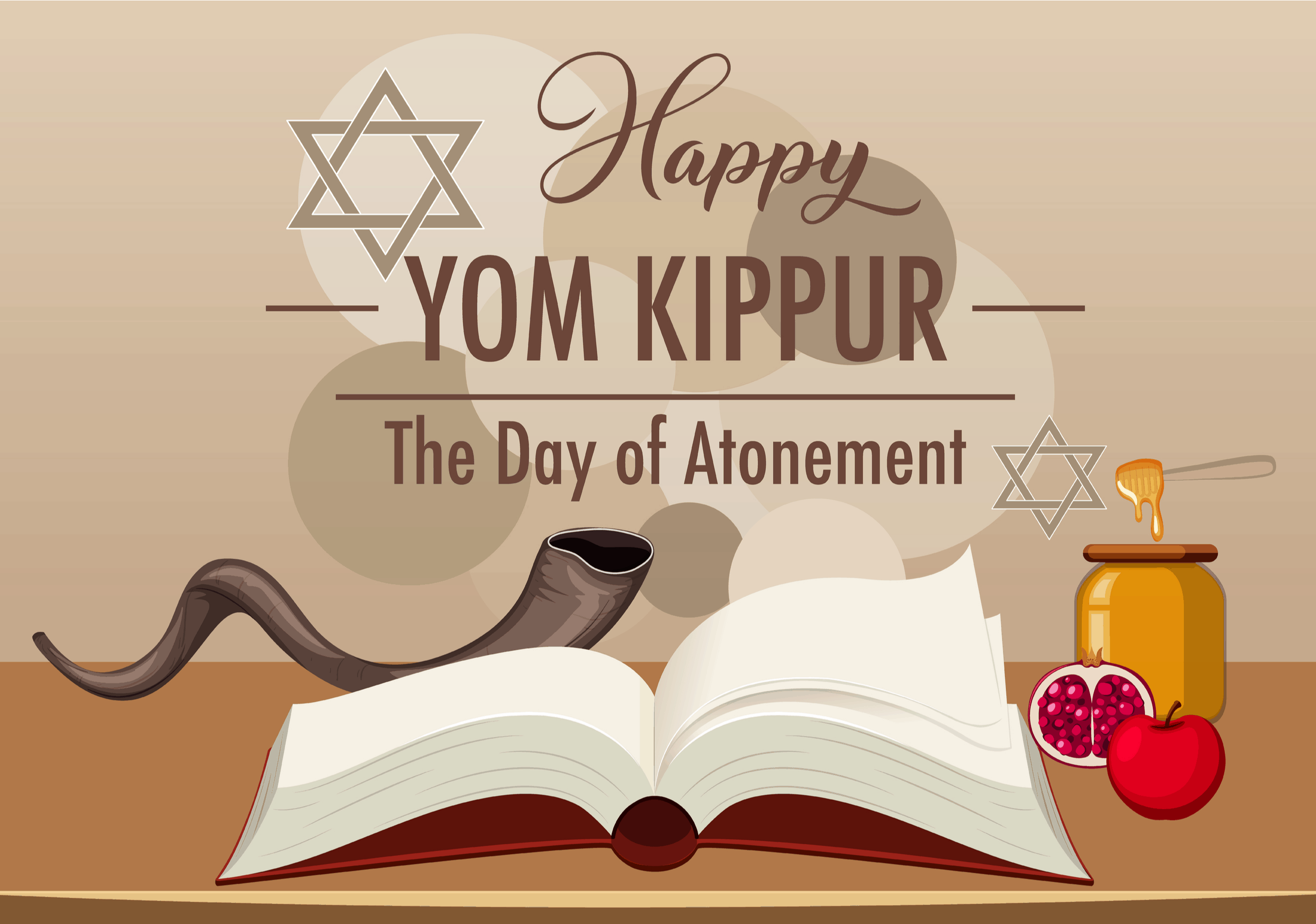 In the Jewish faith, Yom Kippur, or the Day of Atonement, is the most important holiday of the year. The annual day is held in the month of Tishrei and marks the culmination of the Ten Days of Awe. These ten days are a period of deep contemplation and repentance that follow the start of the Jewish New Year.

The day of Yom Kippur is believed to be the day when God decides the fate of each person, which is why people ask for forgiveness for the sins they might have committed over the past year. Traditionally, the holiday is observed by a 25-hour fast alongside a special service. During this fast, individuals not only avoid food and drink but also avoid washing, applying lotions, wearing leather footwear, and avoiding marital relations.

Tradition has it that the very first Yom Kippur occurred after the people of Israel left Egypt in 1313 BCE and arrived at Mount Sinai, where Moses received the Ten Commandments from God. As he descended the mountain, Moses found that some of his people were worshipping a golden calf.

Shattering the sacred tablets in anger, Moses ascended Mount Sinai once again to pray for forgiveness. Having spent two 40-day stints on the mountain, the sins were forgiven, and Moses descended on the tenth day of Tishrei. Since that moment, the day has always been known as the Day of Atonement, or Yom Kippur.

Following Moses’s descent, the people built the Tabernacle, which became the center for prayer and sacrificial offerings. These ceremonies would climax on Yom Kippur, when the High Priest would perform a series of rituals, such as offering incense and sacrificing a goat. During these ceremonies, the priest would ask God for forgiveness on behalf of the entire people of Israel.

When the temple was destroyed in 70 CE, the ceremonies were adopted by Jewish communities, and it slowly adapted into a service held by rabbis for their congregations.

What should you do before Yom Kippur?

The build-up to Yom Kippur begins on the first day of Elul, forty days beforehand when the Shofar is blown every morning, while Psalm 27 is recited after morning and afternoon prayers. During the first ten days of Tishrei, preparation begins in earnest, and the day before is dedicated to eating and preparing for the holiest of days. 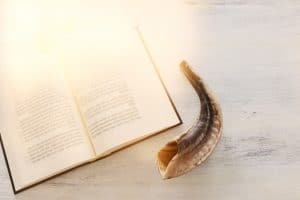 This preparation includes undertaking the ritual of symbolic atonement known as Kapparot, which is typically performed the night before. Before this, many people will attend an afternoon service known as Mincha as well as having two festive meals, one in the afternoon and one before commencing the fast. After this second meal, it is also customary to bless any children within the family with the Priestly Blessing.

During the day, individuals should also focus on extra charity, and many synagogues will set up special charity trays ahead of the afternoon service.

There are several things that individuals can do in the build-up to Yom Kippur to help make the fasting easier. This includes:

If you consume a lot of coffee or caffeine, then a day without it can lead to feelings of nausea and can cause a headache. In the week before Yom Kippur, you should consider reducing the amount of caffeine that you consume.

Although fasting for 25 hours will not cause any long-term issues, it can dry your digestive system out. So you should focus on ensuring you hydrate your body in the days beforehand while also avoiding salty or spicy foods.

While it can be tempting to eat as much as you can beforehand, this can actually make you feel hungrier as you distend your stomach. Instead, focus on eating healthy food and avoid trying to eat too much.

How is Yom Kippur observed?

When Yom Kippur begins, no work should be undertaken, and people should follow five major rules:

Alongside following these five rules, it is also customary for religious Jews to dress in white, which is a symbol of cleanliness and purity. Some married men will also wear a Kittel, or a white burial shroud, to further signify their repentance.

The day itself should be spent in introspection and prayer, and many people like to spend it in a synagogue. There are five traditional prayer services that surround the day:

What should you do after Yom Kippur?

Once the Neilah prayer service has been completed, the Shofar will again be blown to mark the end of the fast. This will typically lead to a loud and joyous version of the Shema prayer followed by more singing and dancing.

While the day is traditionally a solemn affair, the evening following Yom Kippur is often a cause for celebration. Many people will mark the end of the fast with a feast with friends and family, rejoicing that God has accepted their repentance and forgiven their sins.

This celebration is also a chance to look forward to the year ahead that will be packed with happiness and good health for yourself, your friends, and your family. 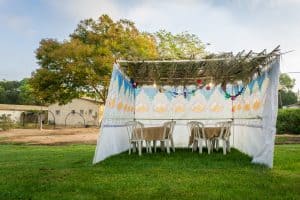 If you are looking for Israel-made products this Yom Kippur, then Holysands is here to help you. Our mission is to bring more visitors to Israel and advocate for a positive global image of the country across social media.

We have carefully chosen the very best products from genuine Israeli brands. From fine and authentic kabbalah jewelry and Judaica to specially formulated cosmetics and delicious food and drink, our store features some of the very finest products on the market.

We want to help people uncover the rich culture, traditions, and history of Israel, highlighting the incredible craftsmanship and skills that Israel offers. This includes an array of beautiful Shofars, which have been chosen for their striking looks and sound. We have selected options designed to suit every budget, ensuring everyone can enjoy a traditional Israeli-made Shofar this Yom Kippur.

Our store also features a unique collection of Tallits, which have been created using traditional materials and techniques to ensure the most authentic garments possible.

Want to find out more? Check out our full range of products or get in touch with our friendly team today.