WHAT IS THE SEAL OF SOLOMON? 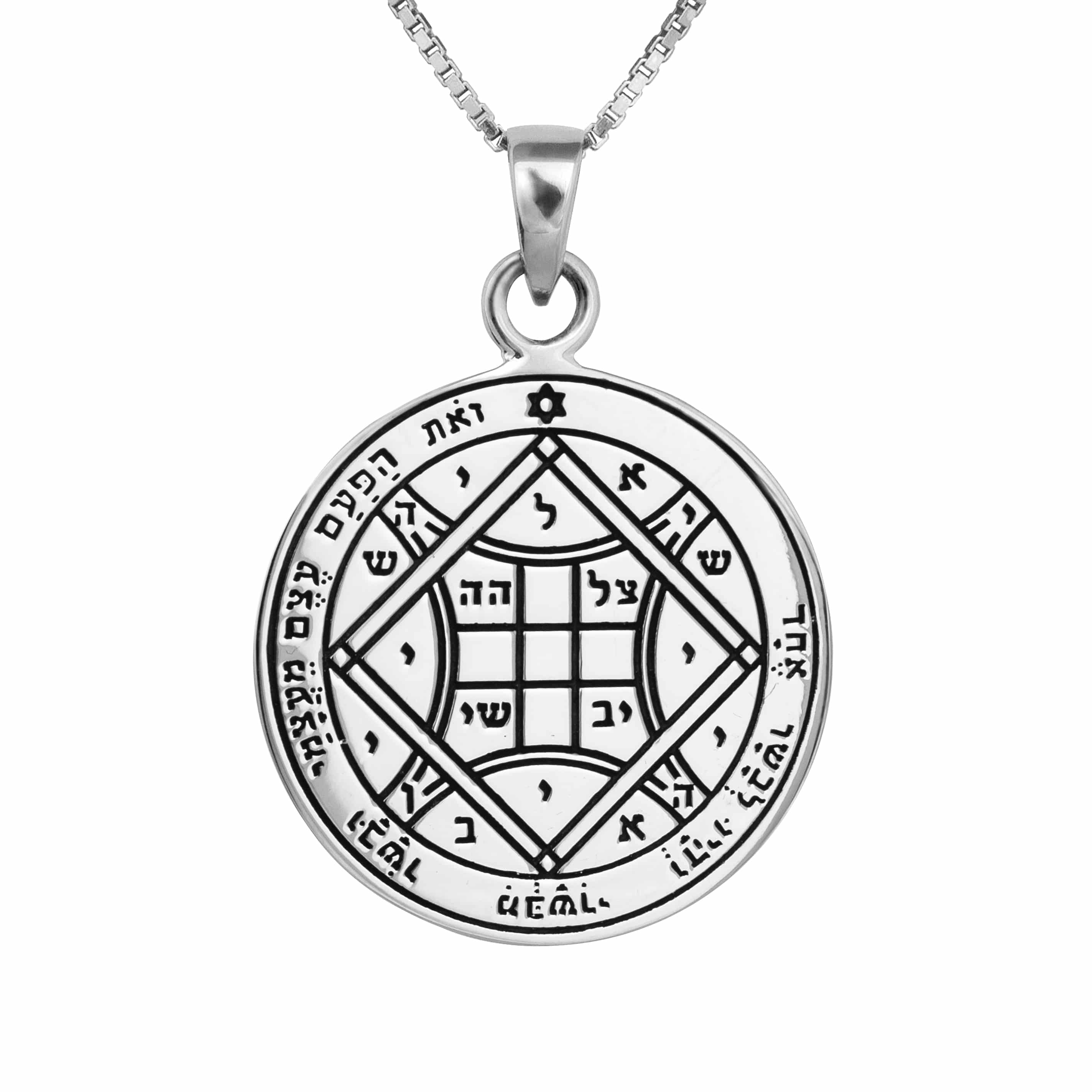 Associated with deep mysticism, spirituality, metaphysics and interpreted as symbolic of the connection between the heavens and earth, the Seal of Solomon’s significance crosses over in the historical records, biblical and cultural literature of Christianity, Islam and Judaism. Sources indicate that King Solomon, the son of King David, was granted a ring by God with a series of engravings, a combination of letters, symbols, the names of angels, holy writings, codes, and acrostics of biblical verses.

The Story of the Seal of Solomon Ring

The story of the Seal of Solomon indicates that the ring was given to the king by God as a tool for good-doing and repair of spiritual mayhem or evil, initiating with an incident in which the son of Solomon’s lead workman was robbed of his income, weight and thus, health. Ornias, the demon that would come to harass the boy after sunset, ultimately lead to the gradual deterioration of the young man’s wellbeing, as the youth became thinner and weaker each day despite being granted double portions of food and gold. Solomon prayed for help from the Lord, and received the ring with a pentagram engraved on it, allowing the king to not once banish evil spirits and restore order and justice. The ring was also intended to empower Solomon with the ability to build Jerusalem and  the holy temple, with its capacity to help him lock up and control evil spirits that would hold back progress. In fact, Solomon was even able to direct and command the demon Asmodeus to help construct the temple.

The Seal of Solomon in the Bible & Other Literary Sources

A range of sources, biblical and cultural, Jewish, Arabic and Christian, indicate that the ring was engraved with God’s name and mystical inscriptions, bestowing Solomon with the ability to communicate with animals, along with banish and control demons and spirits. Solomon was said to have even had the power to bottle specific demons that he then buried upon the construction of the holy temple in Jerusalem during his reign. The demons were later said to have been released, first by Nebuchadnezzar upon his seize of Jerusalem, and later by the Babylonians after the temple was destroyed, as they assumed the vessels contained gold.

Seal of Solomon Protection: Discovering the Benefits in Our Contemporary Jewelry Market

The Seal of Solomon is a renowned symbol for ancient wisdom, power, mysticism and the spiritual connection between the earth’s 4 elements, the heavens and the earth, man and God, a quintessential emblem of harmony between the divine and mortal worlds. While records state that the seal originated with a pentagram, later versions of the seal were found to contain a  Star of David. A force of protection, deep spirituality, and generating various interpretations of its meaning and value, one source summarizes the symbolic value of the Seal of Solomon as such: “It reflects the cosmic order, the skies, the movement of the stars in their spheres, and the perpetual flow between heaven and earth, between the elements of air and fire. The Seal, therefore, symbolizes super-human wisdom and rule by divine grace.”

Inspired by the original ring that was composed of brass and iron, a stunning collection of rings, amulets, pendants and necklaces made of fine quality sterling silver, gold and brass have been designed as talisman’s against forces like the evil eye, wicked spirits and energies. The intricacy of their engravings, inscriptions, design and polish each offer a unique look and feel, appealing to jewellery lovers and believers of diverse faiths.

To check out our diverse collection of Seal of Solomon jewellery, click here. 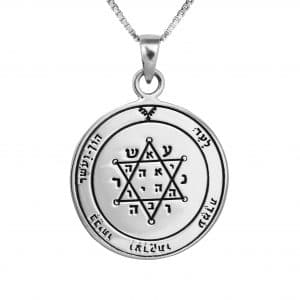 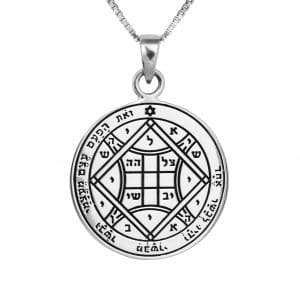 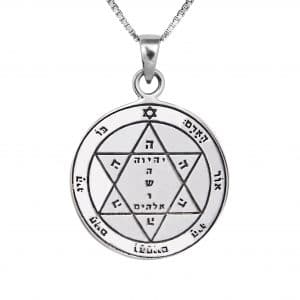