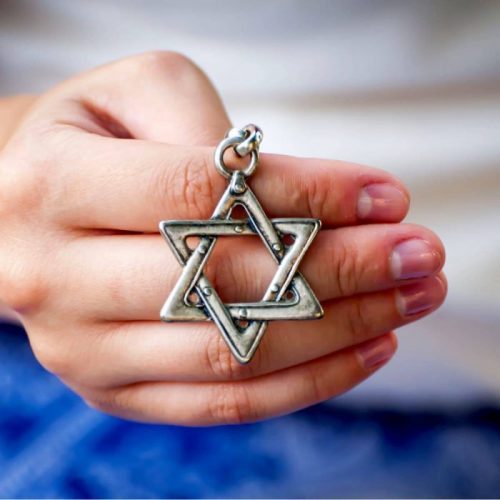 Roots & Evolution: The Star of David’s Jewish Beginnings, From Antiquity to Present

While virtually taken for granted as the quintessential symbol representing Judaism and the community, the Star of David wasn’t always a Jewish emblem. Despite being traced back to historical artefacts and synagogues from 3rd and 4th century, the Star of David was officially adopted as a Jewish emblem by the Prague Jewish community in the 14th century. With Jews emancipated after the French Revolution, this renown symbol of Judaism was then adopted by diverse Jewish communities across Eastern & Western Europe. Some state  that the Star of David’s widespread identification with Judaism initiated in Europe during the 17th century, a sign used to mark Jewish sites of worship, alongside architecture of synagogues in the Middle East and North Africa.

Wondering what the most commonly used symbol representing Judaism was before the Star of David took its leading role? The menorah, the seven-branched candelabra, dating back to the history of the Jewish holiday Hanukah. The Star of David became what it is today to the Jewish community most notably in the 19th century, as Judaism was posed with the eminent presence of Christianity in Europe, requiring a symbol equally recognizable as the cross and its reminds us that while Jews and the Star of David are an inevitable association today, the two vertically oriented equilateral triangles that make up the symbol also signify the fusion of man and woman, alongside the dichotomy of mortals and the divine in Hinduism.

In 1897, the First Zionist Congress was held and marked the Star of David’s milestone moment in the history of State of Israel: the symbol also known as a hexagram was established as the focal point of the country’s future national flag. Today’s Israeli flag includes a royal blue Star of David in between two parallel, horizontal like colored stripes on a solid white background.

On a deep spiritual level, there are several interpretations of the symbol’s meaning, ranging from the aforementioned unity of man and God, with one triangle pointing upwards to the heavens, and the other downward to humanity on earth. Other interpretations include a representation of the 12 tribes of Israel due to the Star of David’s 12 sides, alongside the 7 qualities with which God created the world based on the 6 triangles and central hexagon the two superimposed shapes form. Additional Kabbalistic interpretations include Gods rule of the universe in all 6 directions – North, South, East, West, upwards and downwards, while others indicate that the triangles’ 3 corners reflect the unity of God, the Torah (the Jewish bible, also known as the old testament), and the land of Israel. 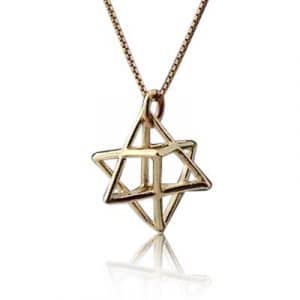 What Does the Star of David Jewelry Mean? Stunning Design & Spirituality All In One

From a Star of David necklace, to a Star of David pendant, ring or earrings, the geometric shape, look and feel of each of our designer’s unique piece of jewelry is both hand-crafted and of exceptional quality. Whether minimalistic or elaborate in design, made of 14k gold or brilliant sterling silver, each exclusive Star of David piece is made by local Israeli artists with great attention to detail and a passion for fine jewelry, spirituality and aesthetics. 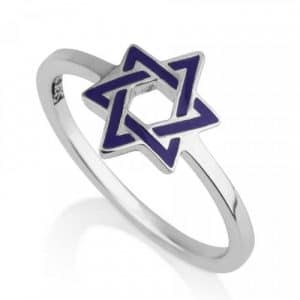 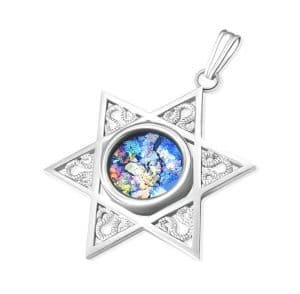 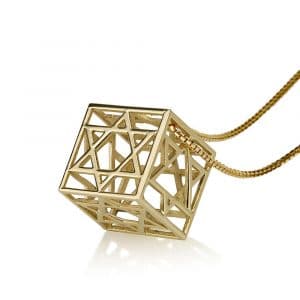